The new PIPE SIZING TOOLS of the PST Series dramatically reduce the time needed to calibrate pipe ends and increase precision. In addition, they can also be used for fullbody sizing – sizing a pipe along its complete length.

Thanks to the integrated 360° circumference laser, it is now possible for the first time ever to use specific inline information to control the complete process with highest precision and in real time.

The PIPE SIZING TOOL is the first sizing machine in the world to measure the inside geometry of the pipe while it is performing the sizing operation. This means: no more “trial and error”, but pipe sizing based on accurate measured data.

Combining measuring and sizing in one unit means a dramatic reduction in the time needed for pipe sizing. At the same time, it achieves an unprecedented level of precision.
The pipe production process becomes more flexible as the PIPE SIZING TOOL can be used to size not only the ends of a pipe but the inner contour over the pipe’s entire length.

During the sizing process each individual forming segment is moved outwards exactly to the point and with the pressure needed to remove individual dents, for example, and achieve the desired ideal contour.

The benefits at a glance 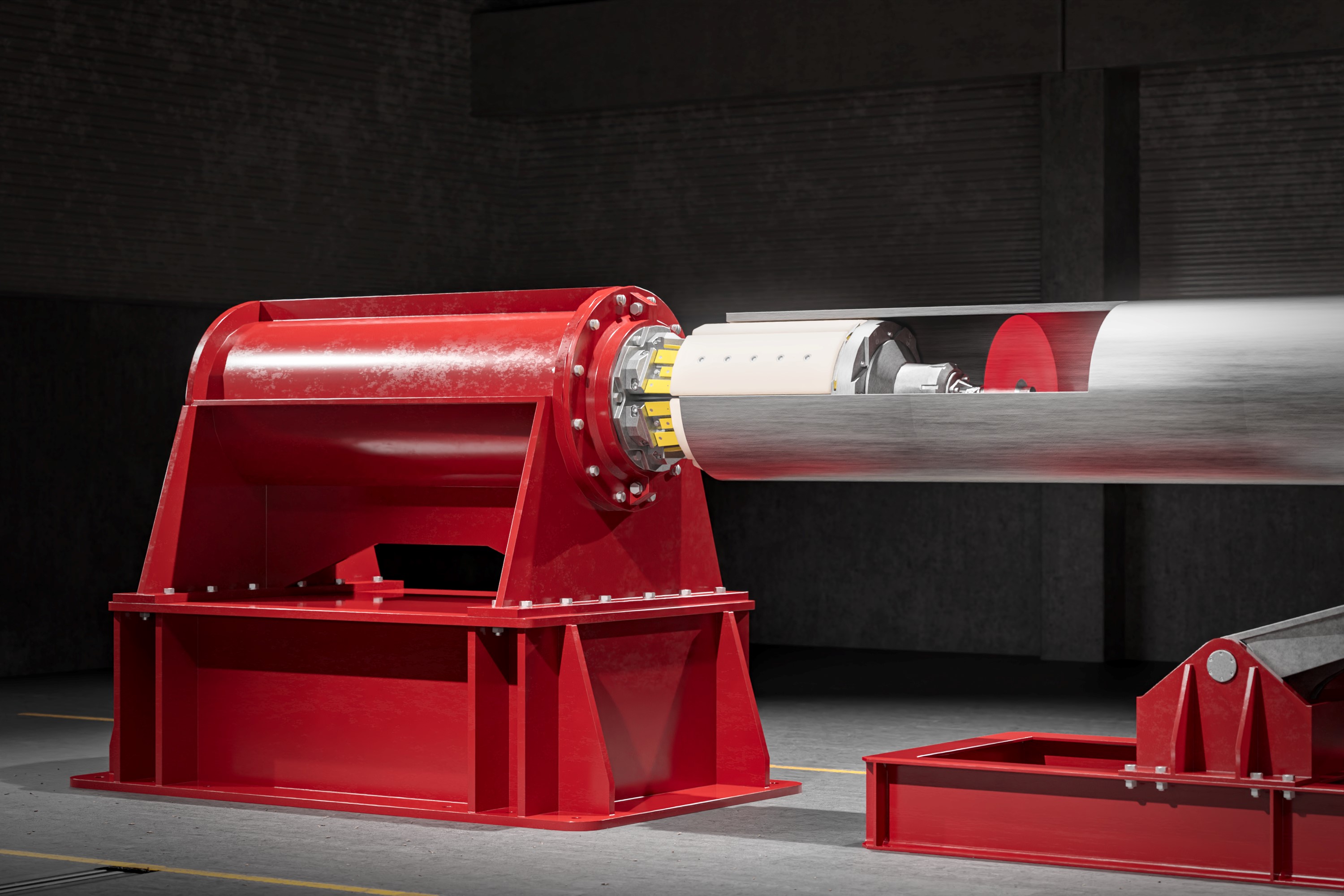 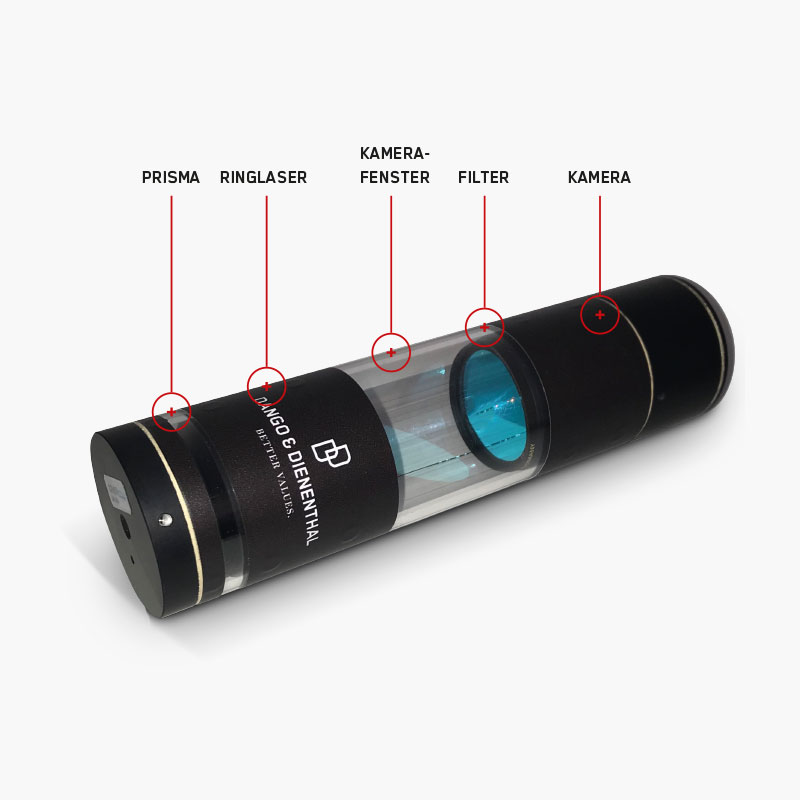 The 360° CIRCUMFERENCE LASER measures the inner geometry of the pipe in real time, providing the data basis for precisely controlled straightening. 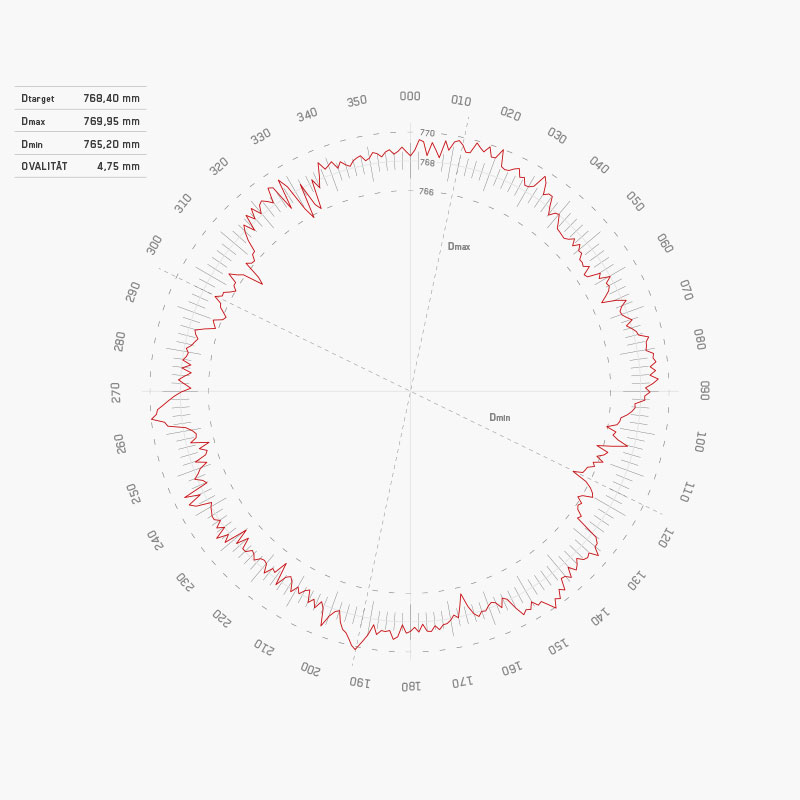 Thanks to the availability of inline measured values, the complete sizing process can be controlled with previously unattainable accuracy. 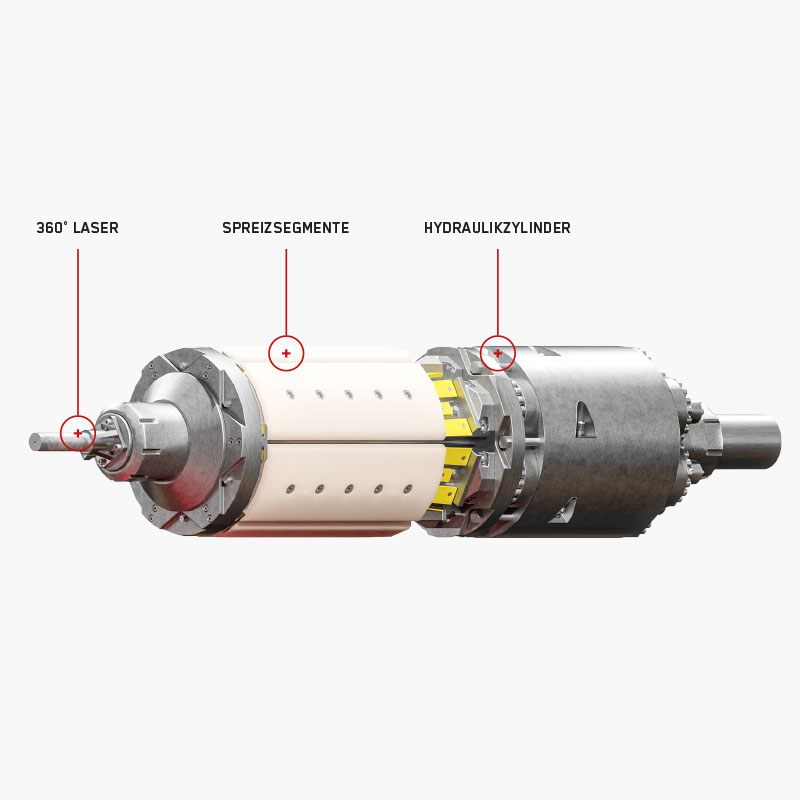 As the PIPE SIZING TOOL performs both measuring and sizing simultaneously within one unit, the overall time needed for the sizing process is dramatically reduced. 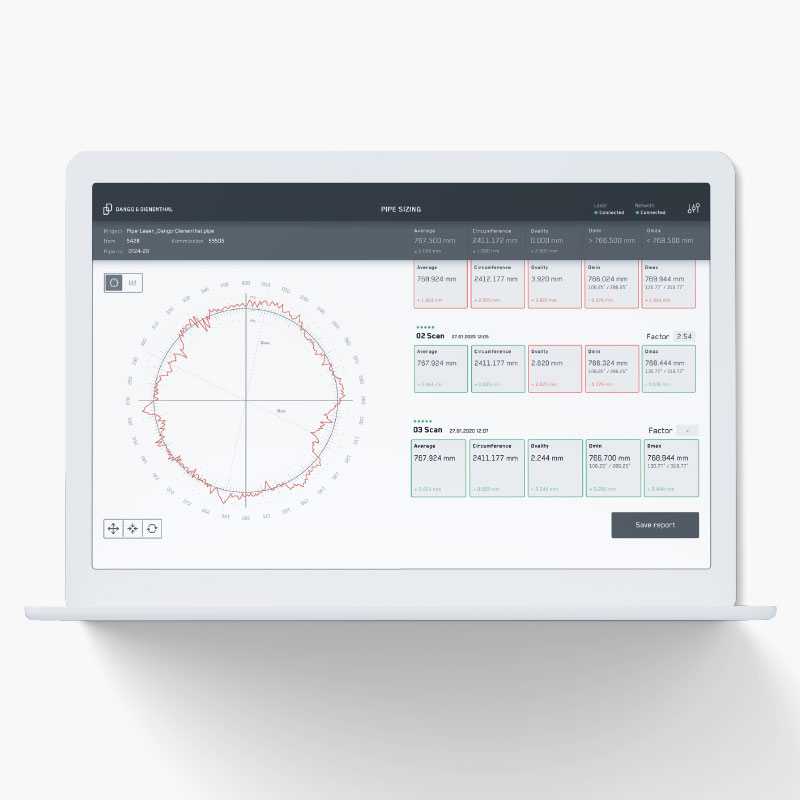 The pipe geometry data is available in digital form and ready to be used by the operator for process optimization along the complete pipe production chain.

When pipes are not perfectly round at their ends or over their complete length, hydraulic expanders are used to adjust the roundness. A hydraulic cylinder in the expanders actuates the forming tools which press against the inside surface of the pipe wall to achieve a specific plastic deformation of the pipe.

Where and to which degree exactly the pipe should be deformed used to be difficult to determine due to the lack of suitable measuring data.

Therefore, we have integrated a 360° CIRCUMFERENCE LASER into our PIPE SIZING TOOL. This laser measures the inside geometry of the pipe in real time, while the software calculates the parameters that ensure high precision control of the sizing process.

The demands on the quality of pipes – especially for perfect roundness – have become increasingly exacting during the last few years, presenting pipe manufacturers with ever new challenges.

The six-segment PIPE SIZING TOOL is arranged at the end of a roller table carrying the pipe. The 360° CIRCUMFERENCE LASER mounted at the tip of the tool measures the inside contour of the pipe.

Sizing instead of expanding

The PIPE SIZING TOOL is inserted into the pipe. At the same time, the 360° CIRCUMFERENCE LASER measures the geometry of the inner pipe wall. From these measurements, the software calculates the actuation values for each one of the six forming segments of the tool.

During the sizing process each individual forming segment is moved outwards exactly to the point and with the pressure needed to achieve the desired contour. Upon completion of the first sizing cycle, the pipe is measured again. Based on the newly measured contour values, the software determines the backspring of the pipe material. Then the software calculates the values for the second sizing cycle, taking the backspring into account. This guarantees that the sizing process is adjusted to the specific materials properties of each individual pipe.

Each one of the six forming segments covers a sector of 60°. It may happen that the contour measurements show that the pipe wall needs to be sized at a point located in between two adjacent segments. In this case the pipe will be rotated on the roller table.

The patented 360° CIRCUMFERENCE LASER arranged at the tip of the PIPE SIZING TOOL measures the inside pipe contour in a non-contact process in real time, generating a complete 2D image of the pipe’s interior.

The measuring system works on the principle of laser triangulation: a laser in the measuring head projects a line onto the pipe’s inside wall surface. A camera, also contained in the measuring head, captures the projected line at 3,200 points distributed over the complete circumference of the inner pipe wall.

The laser measuring system ensures maximum repeatability and gapless documentation of the process.

Each one of the six sizing segments arranged through 360° is actuated by a hydraulic cylinder. The segments can be moved outwards against the pipe wall separately or all six at a time. Often two opposite segments or three segments arranged at 120° from each other are actuated simultaneously.

The software for the PIPE SIZING TOOL has been specifically tailored to the requirements of the tube and pipe industry.

Even in its basic version, the software covers a very wide and diverse range of applications. All the features – automatic centerpoint correction and adaptation of the laser to specific surface characteristics of the inside pipe wall, for example – can be adapted to meet the requirements of the tasks on hand.

The basic software visualizes the pipe geometry as a 2D contour. In connection with a position measuring gauge, the system generates 3D images of the complete pipe.

Our application engineers will customize the software to integrate special features, such as the masking out of welds, to meet any requirements of the task.

The pipe geometry data is available in digital form and ready to be used by the operator for the optimization of internal processes via data export to higher level systems.